Sola Salako is a keen opposition (APC) analyst of government, the Peoples Democratic Party, President Goodluck Jonathan and all that she finds suspicious and upsetting about Project Nigeria and the 2015 elections. She monitors people and events by the hour and posts her views daily on Facebook.
Here is her recent post concerning a photograph of Jonathan at whose request some traditional rulers in Osun State perform a ritual of prayers (here pictured) perhaps it was meant to be an open endorsement of Jonathan’s re-election bid…
“After collecting prayers from (Pastor Enoch Adeboye of the Redeemed Christian Church of God at the) Redemption Camp and (Bishop David Oyedepo of the Winners Chapel, Ota at) Shiloh Camp, Jonathan decided to add a little ‘jara’ just in case. CAN (Christian Association of Nigeria) must hear this.”
These obas may have defrauded Jonathan if he ever paid them or presented gifts for them to do this upon his head because in Yorubaland it is said that obas shake their irukere (flywhisk) and place it on the head and shoulders of any man they wish to bless. But when they point a stick or their staff at you, it is to curse not bless.
Salako’s followers posted these comments…
President Jonathan now loves the Yorubas so much that he visits them weekly. Obas are now seen praying for him at Ooni of Ife’s palace. I remember this same thing was done for Peter Odili in 2007 – Aminu Mohammad Ofs.
These obas are from Ife kingdom. Nobody should be deceived as every quarter in Ife has a king. There are dozens of kings in Ife Central Local Government alone – Iyanda Olufemi.
This is Naira prayer – Dipo Adedoyin.
Hahaaaa, they did the same for Oyinlola in 2007 and he lost woefully – Adetunji Olumuyiwa.
If they give you 2 billion won’t you do the same or isn’t it just to point your stick (staff) at Jonathan (and say whatever you like?) – Jumoke Akinshola.
CAN will need another 7b (if truly its members collected the alleged bribe of billions announced by Governor Rotimi Amaechi) to clear the effects of this special prayer -Remi Debenja Ojo.
Desperate times call for desperate measures- Cabral Angereke 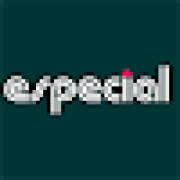 WAMCO: For the love of child nutrition and brain evolution

Oshiomhole weds again, from Clara to Iara from Cape Verde

With Product You Purchase